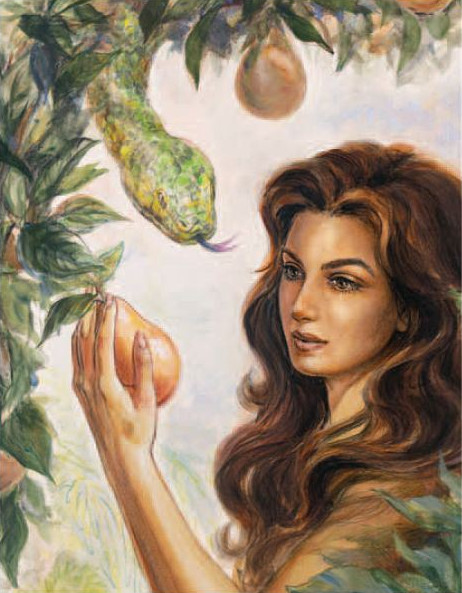 It being a while I have written something controversial or thought provoking like many have called my write ups in the past, so here is a thought I have been holding back for a while.

One of the reasons why I was holding back on this write up is because I couldn’t find the perfect title to give it; the write up is basically centred on the Creation of Eve. Whether we choose to accept it or not, the creation of Eve changed the course of mankind, for me personally, I believe it was the actual beginning of mankind.

We know the story of the Forbidden Fruit so for those of you saying; here he goes again, blaming Eve for all the evil in the world blah blah blah. Sorry to disappoint you this write up as nothing to do with that, this is about the decision(s) that actually led to the creation of Eve and the role Eve had to play before eating the forbidden fruit.

For a while now I have been asking myself, why did God create Eve? According the scriptures, God created Eve because Adam was “lonely”. Now let focus on the word “lonely”, according to my dictionary, lonely means; feeling sad and unhappy about being socially isolated. It is also being sad because one has no friend or company to talk to.

Now let’s go back to the statement that “God created Eve because Adam was lonely”. We can simply say that Adam was sad and unhappy because he didn’t have anyone to talk to, and I will even be more specific to say that he didn’t have any human like him that he could relate to, that’s why he felt lonely. If we look at it critically, he had the angels he could relate with, he had the animals he could talk to, God was even there for him, but there was no other ‘being’ like him and that of course made him lonely. Now we should also recall that Adam never made his feelings about being lonely known to God, it was God who noticed and decided to do something about it. Now this is where I  struggle, I have asked myself this question a lot and I will be asking you, hopefully we can come to a common answer. The question is; why Eve? Oh mine, I think I should just name the article that, Why Eve? Yes this is a perfect title; it captures everything on my mind perfectly.

Okay back to the question, why Eve? I mean if all Adam needed was a chat buddy, why didn’t God create another male being, why did he have to create Eve; a female being. Obviously, I’m not saying creating a female being was a bad idea, just saying what exactly was the purpose of the female being? If all Adam needed was just someone to keep his company and play around in the Garden of Eden. In more than five different scriptures that I read that spoke about the creation of Eve, two words kept popping up; Alone and Helper.

In fact I never came across the word “Lonely” in the entire scriptures I read, “Alone” was the word being used to describe the state which Adam was. I don’t think I need to start telling you the difference between “Alone” and “Lonely”. Though I have to say I understand why we have come to replace the word Alone with Lonely, because according to the scriptures, God didn’t create Eve immediately he noticed Adam was alone. God created Eve after noticing that amongst the creatures Adam had named he couldn’t find any help (er) (Genesis 2, 18-25).

So to echo the answer many of you have been whispering, God created Eve as a helper to Adam. Now if am being correct, Adam didn’t have any job he was tasked with in the Garden of Eden, maybe the naming of other things but that aside he didn’t have any work to do, and this brings another question, what exactly did Adam need help with?  Some scriptures pointed out that Adam needed a companion and if that is the case, it makes more sense to say women were created to help men with their loneliness and be their companion, unless of course you can tell me any other thing Adam needed help with that logically justify the creation of a female being.

This is why it was difficult to pick out a title for this article at first, if I’m saying God created Eve to help Adam with his feelings and emotions, it means that from the beginning God has been against homosexuality, which explains why He didn’t create another man. Also we basically know that women where created for men, whether to be an helper or not, the bottom line is that, God created Eve for Adam and this also got me thinking, could this be the reason why men cheat? Because women were created for men, so a man will naturally run after them for "help", just saying. Another question bugging me is this, if Eve was created to help Adam, how come in the society that we live in today, we see women as the weaker being? Adam (the man) was the one who needed a helper and God gave him Eve (woman), so who is weaker?