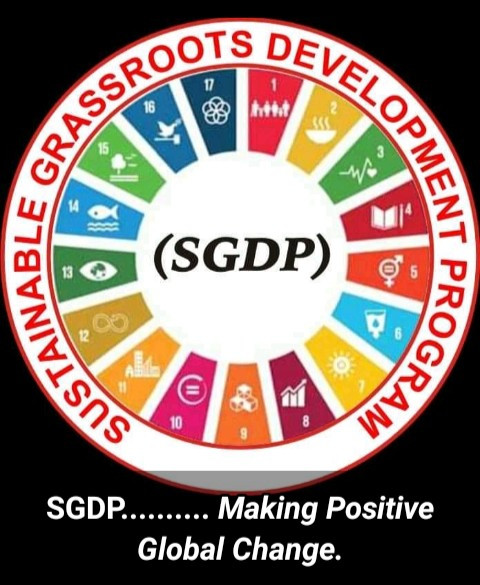 TOWARDS SUSTAINING ADEQUATE SECURITY IN AYEGBAJU-EKITI BY SGDP, A NON GOVERNMENTAL ORGANIZATION.

TOWARDS SUSTAINING ADEQUATE SECURITY IN AYEGBAJU-EKITI.

Working towards achieving sustainable adequate Security in Ayegbaju-Ekiti, the National Coordinator of Sustainable Grassroots Development Program (SGDP), Ayo Adamolekun was with the head of the Security personnels in Ayegbaju-Ekiti, popularly known as TAYE FARO.
Himself with few volunteers among the youths engaged themselves with the Security agents althrough the night of Sunday 21st June, 2021. From 10:30pm till dawn.
And was with the Commandant of Peace Corps as well althrough the night of Tuesday 23rd June, 2021.
Ayo Adamolekun deliberated with the Security head on how to ensure for a sustainable adequate Security in the town.
Also the third day with the Commandant of Peace Corps on the challenges and way forward towards arriving at a reasonable end on the issues related to security and defense.
Taye Faro appreciated the efforts of the town Local Hunters so far under the leadership of the Head of Hunters and the Chief Security of Ayegbaju-Ekiti; Chief J.A Adamolekun.
The Chief of Defense of Ayegbaju-Ekiti also appreciated the Executive Chairman of Oye Local Government, Hon. Foluso Ojo for his intervention and contribution so far.
As well as Mr. Asowo Ayodele (JJC), Mr. Rufus Agbaje (Olori), Engr. Michael Akilo, Mr. Ogunjemisin Bolu and host of others for their selfless services towards tightening the security of our dear town. He also implored the youths to be of help.
He expanciated on what they lack and the efforts of Ayegbaju Development Association (ADA) towards the provision of their needs as well as individual contributions.
SGDP National Coordinator said, we should always be thankful to God, because He's the only one that has been securing us and that will continue to get us secured and safe.
Ayo Adamolekun together with Mr. Taye Faro met with a Newscaster/Journalist, Mr. Adegbemile, popularly known as BABALAJE, working with New Cruise FM, Ikere-Ekiti as he put a call across to Mr. Jide Ogunluyi; the General Manager of Cruise FM, Ikere, a native of Ayegbaju to confirm his identity, also discussing the tight Security in Ayegbaju-Ekiti and implored us to continue doing the same at all times.
Ayo Adamolekun said that; "He (Popularly known as BABALAJE):handed the phone to him and he spoke with the Son of the soil, in which the duo deliberated on how to ensure that the adequate Security of Ayegbaju-Ekiti can be sustainable and achievable.
Chief Femi Lafiaji also appreciated the efforts of the Security agents, local hunters and the Task Force.
Ayo Adamolekun, a working member of Ayegbaju Task Force and the National Coordinator of the leading Non-Governmental Organization, which has been impacting countlessly since it's inauguration in November 2020 in the town; Sustainable Grassroots Development Program (SGDP) charged the Youths to take over and contribute to the Security of the town in his conclusion.
He also stated some of the proposed plans of Ayegbaju Task Force towards tightening the Security of the entire town, as the first step towards achieving this has been taken. He continued explaining that Ayegbaju Task Force has started and will continue to ensure proper supervision, provision, association, appreciation and partnership for adequate security and defence of the town with the required Security Agencies, ranging from: Amotekuns, Peace Corps, Civil Defense, Nigeria Police Force, Local Hunters, employed Securities and other Security Agencies.
He was also thankful to God for seeing the Security of Ayegbaju-Ekiti so tight that no stranger can access the nooks and crannies of the town, as Oliver twist though, more is required.
He charges all the Sons and Daughters of Ayegbaju-Ekiti, both at home and in diaspora not to abandon nor turn deaf hears to all the happenings in the town, neighbouring towns, across the State and in the Country as a whole concerning security and defense, by contributing their quota to the development of their Jerusalem and also to perform their financial duties towards sustaining adequate security in the Town.
...... Together We Stands, Divided We Falls.

Send your advices and practicable solutions to:
sgdpnationalinfo@gmail.com