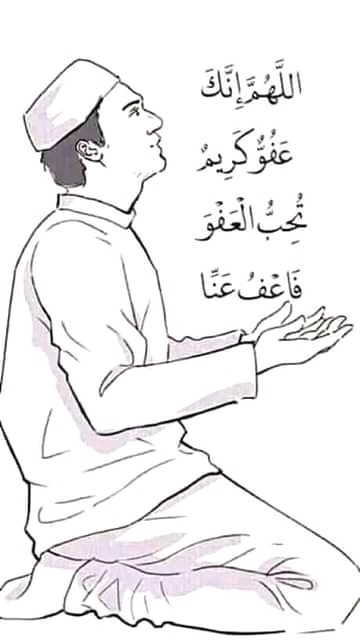 THE VIRTUE OF LAYLATUL QADR (NIGHT OF DECREE)

WHAT CAN MAKE YOU KNOW WHAT IS THE NIGHT OF DECREE The month of Ramadan is known to be a Mont of blessings, the last ten (10) nights of this month (Ramadan) are even more blessed than the the other nights of Ramadan. Among such virtues is that laylatul Qadr (Night of Decree) is among them. Allah says '... By the clear Book. Indeed, we sent it down during a blessed night. Indeed, We were to warn (mankind). On that night is made distinct every precise matter - (Every) matter (proceeding) from us. We were to send (a messenger). As mercy from your Lord. Indeed, He is the Hearing, the Knowing.' (Qur'an 44:2-6). From the above verse, we can see that it was on this Night that Allah sent down the Qur'an at one time from from Al-lawhul-mahfuth (the preserved tablet in the seventh heaven) to Bayt-al-Izzah (House of Pride) in the first heaven, then It was revealed to the Messenger (May the Peace and Blessings of Allah be upon him) in stages according to events over twenty-three years. (Ibn Katheer). It is also evidence from the above verse that the night is a blessed one. Also it was in this night that the destiny of all creatures for the coming year is destined. It is on this night that a person's sustenance, life span, and other critical matters would be sealed for the coming year. Abdullah Ibn Abbas said: "It is written in Ummual Kitab (The Heavenly copy of the Qur'an) during laylatul Qadr what sham come to pass in the following year of good and evil, sustenance, and life span. Even the pilgrimage of the pilgrim (shall be decided); it will be said 'so-and-so will perform pilgrimage (on this night). Tafsir al-Baghawi 7/227-228. Allah also revealed a chapter of the Qur'an concerning this night in which He mention the honour and great value of this night. (Qur'an 97:1-5) In the second ayah of the verse Allah draw the attention of the Muslims (Believers) to the importance and great significance of this night and in the following (third) ayah, Allah said the night of of decree is better than a thousand months which means that worship during this night is better than worship during a thousand months (which is over 83 years). This indeed is a great virtue, the value of which no one can fully understand except the Lord of the World. The Most Exalted. The Messenger of Allah also emphasis the virtue of this night in the hadith narrated by Abu Hurayrah (May Allah be pleased with him) that the Messenger of Allah (May the Peace and Blessings of Allah be upon him) would say 'there has come to you Ramadan; a blessed month which Allah has enjoined you to fast, during which the gate of heaven are opened and the gate of Hell are closed, and the rebellious devils are chained up. In there is a night which is better than a thousand months, and whoever is deprived of its goodness is indeed deprived.' (al-Nasai and Ahmad). This night does not happen in the other nights but in the last ten nights of Ramadan as stated in the narration of Ibn 'Umar, may Allah be pleased with him, that the Prophet said: 'seek layatul Qadr in the last ten days of Ramadan' (Muslim). This night is to be seek in the one of the odd numbered nights (the of twenty-one, the twenty-three, the twenty-five, the twenty-seven or the twenty-nine night of Ramadan) as narrated by 'Aaisha, may Allah be please with her, that the Prophet (may the Peace and Blessings of Allah be upon him), said: 'seek laylatul Qadr in the odd numbered nights of the last ten nights'. (Al-Bukhari). According to most of the companion, may Allah be pleased with them, is that laylatul Qadr is likely to be the twenty-seventh. They based their view on the saying of the Prophet (may the Peace and Blessings of Allah be upon him) 'laylatul Qadr is the night of the twenty-seventh' (Ahmad and Abu Dawood). Others are of the view that the fact that laylatul Qadr is likely to be the night of the twenty-seventh does not mean that this is always the case. To them, it could be any of the other odd numbered nights of Ramadan. Thus, it is more likely that it moves and does not come on a specific night each year. Allah has concealed this night so that His slaves will strive to seek it, and will strive hard in worship, just as He (Allah) has concealed the blessed hour of Friday. The Prophet (may the Peace and Blessings of Allah be upon him) was asked by one of his wives, 'Aaisha (may Allah be pleased with her), on what prayer should be recited during the night and the Prophet replied 'Say: O Allah, You are forgiving and You love to forgive. So forgive me.' (al-Trimidhi, 3513). One should also engaged himself in performing extra voluntary prayers during the night. The Prophet (may the Peace and Blessings of Allah be upon him) said: 'whoever stands (in prayer) during laylatul Qadr with faith and hope in the reward of Allah, all of his previous sins will be forgiven.' (Bukhari, 1901) Lailatul Qadr is the one night in the year which is better than 83 years and 4 months. It's a night that is been blessed by Allah. Muslims are encouraged to spend the night of laylatul Qadr in devotion, seeking forgiveness and blessings from Allah, the Almighty. Perhaps, the very fact that tho night is not explicitly disclosed is an opportunity for us to keep trying; all in hope of benefiting from the blessed night. May Allah count us among those who will witness the night and will receive the rewards of this blessed night. Your brother in Islam Lawal Habeeb Olayinka Olayinkalawah@gmail.com
627