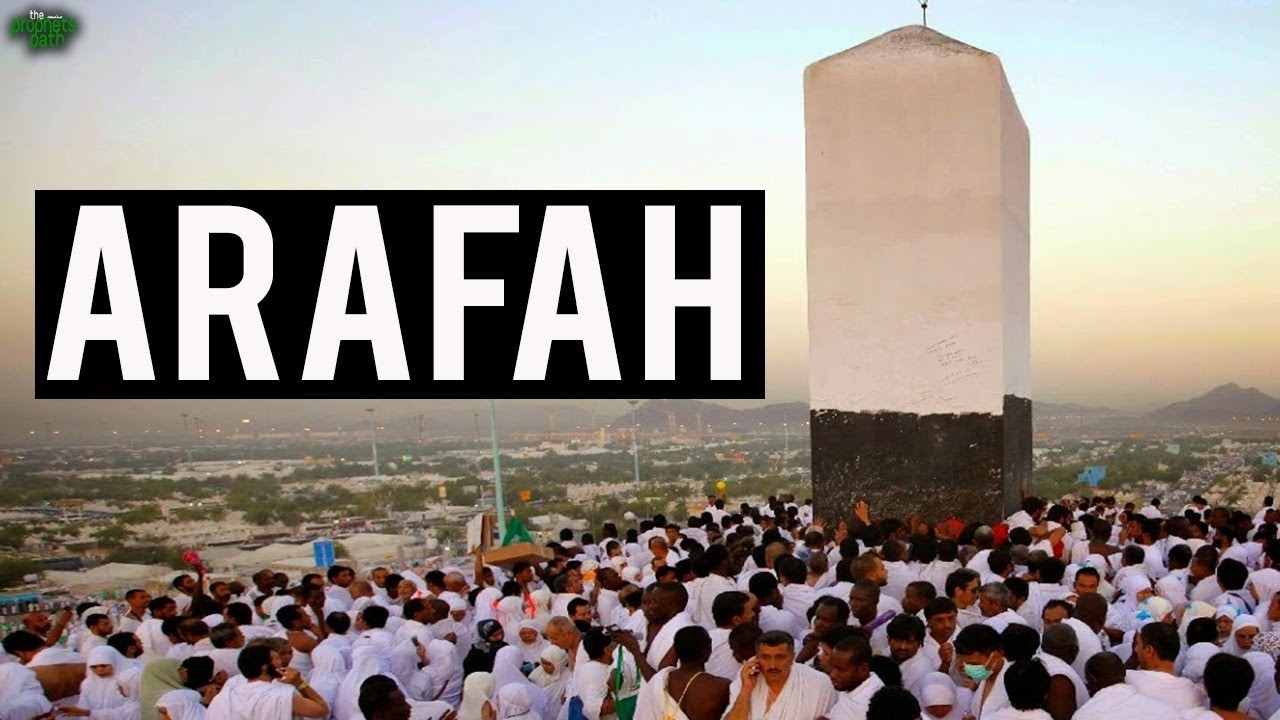 THE MEANING AND SIGNIFICANCE OF THE DAY OF ARAFAH IN ISLAM

What is the day of Arafah ?

The ninth day of Dhu'l-Hijjah (the 12th and final month of the Islamic calendar) is the Day of Arafah . It is the day when pilgrims stand on the plain of 'Arafah to pray.

Arafah was the day on which Allah perfected His religion, completed His favours upon His beloved Prophet Muhammad (PBUH), and approved Islam as a way of life.

An amazing ayah in the Qur'an was revealed on this day, Allah the most high said: " This day I have perfected for you your religion and completed My favour upon you and have approved for you Islam as religion. " (Surah al Maa'idah 5:3)

" Imam Ahmad recorded that Tariq bin Shihab said, "A Jewish man said to `Umar bin Al-Khattab, `O Leader of the Believers! There is a verse in your Book, which is read by all of you (Muslims), and had it been revealed to us, we would have taken that day (on which it was revealed) as a day of celebration.' `Umar bin Al-Khattab asked, `Which is that verse?' The Jew replied: "This day I have perfected for you your religion and completed My favor upon you and have approved for you Islam as religion."

Umar replied, "By Allah! I know when and where this verse was revealed to Allah's Messenger. It was the evening on the Day of `Arafah on a Friday."

Is there any fasting on the day of Arafah ?

Is it compulsory to fast on the day of Arafah ?

Unlike the month of Ramadan, fasting on the day of Arafah is considered to be optional for Muslims, and its significance for Muslims is that the day falls in the 9th of Islamic month of Dhu Al Hijjah the last month on the Islamic calendar, and the month in which the Hajj pilgrimage takes places.

What's the take of the scholars on fasting on the day of Arafah ?

Fasting on the Day of Arafah for non-pilgrims is a highly recommended Sunnah which entails a great reward.

What's the reward for fasting in on the day of Arafat ?

In hadith. Abu Qatada al-Ansari narrated that Muhammad was asked about fasting on the Day of Arafah , whereupon he said: It expiates the sins of the preceding year and the coming year. (Muslim).

Why do we fast on Day of Arafah?

We fast because it is sunnah and we also fast on this day to get our bad deeds in the upcoming year, and the past year, taken away.

What is the meaning and significance of the day of Arafah ?

This day is also known as the day of repentance ; hence, those who did not go to Hajj, or are unable to go, can spend their day fasting to repent their sins. The Day of Arafah is a day of Allah's mercy on the pilgrims and all believers.

What are the things to do on the day of Arafah ?

1. Fasting
Fasting is highly encouraged and recommended for those not going on hajj.

"Fasting on the Day of Arafah expiates the sins of the past year and the coming year." (Muslim)

The Prophet Muhammad, peace be upon him, said:

It is a sunnah of our Prophet (PBUH) to recite the Tahleel, Takbeer and Tahmeed as many times as possible on the day of Arafah, and also on the days of Tashreeq (11th, 12th and 13th of Dhul Hijjah).

Takbeer is to say "Allahu Akbar"

Tahmeed is to say "Alhamdulillaah"

Tasbeeh is to say "Subhanallaah".

The Prophet Muhammad (PBUH) said:
"On this day, Allah, the most Exalted, descends to the nearest heaven, and He is proud of His servants on the earth and says to those in heavens, look at My servants, they have come from far and near, with hair disheveled and faces covered with dust, to seek my Mercy. Even if their sins are as much the sand or the froth of the sea, I shall forgive them."

May Almighty Allah spare our lives to witness the day of Arafah, forgive us our shortcomings and accept our supplications.