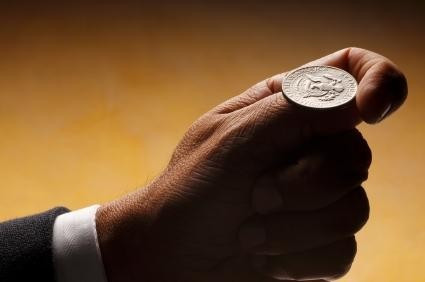 It's your first day at School(higher institution) yay!!! So excited yeah, but also so confused, and looking clueless like someone from the village who just stepped into the city.

You looked right and left for your colleagues because you needed directions. You were excited about many things, the friends you were planing on having, graduating with a first class, the freedom you are enjoying, and the allowance you were going get from home, bla bla bla.

The first few weeks were exciting, you got your fresh notes and some textbooks requested by the lecturer,  you sat at the front of the class, your notes were very complete and neat, you met some freshmen  like yourself. You had in mind that it's going to be all rosy till the end. Yes! the end, that's when your are all called to come get your certificate, I mean, the paper you worked four or five years.

One day, you were few minutes late, you had issues with the bike man who couldn't give you your change on time, the lecturer was already in class and you saw your mates writing In a sheet of paper oh my God!!! Test!!! You freaking ran  down to the class but unfortunately the lecturer called you back and said

"Get out of my class"

You were shocked, sad and ashamed, but you were not alone.
All of your colleagues who also came late  moved out, you were so angry with yourself and you wanted to cry but you held it to avoid more embarrassment. You blamed the bike man for not getting change on time, you blamed your self for not leaving the hostel early enough, you blamed everyone that made you late, your parents that didn't rent the apartment closer to School because of money. Few minutes you started talking to the other colleagues and that were outside with you. You guys spoke in anger but your voice where like that of the mouse, you couldn't risk the lecturer hearing you. You made friends with them, collected their numbers and went home together.

Months latter, you are now in 200 level, you changed your wears and needed to impress your new friends so you spent your allowance on cloths and shoes. Finally, you blended in.

Today was another day, you came late, the lecturer sent you out but this time you weren't moved at all, instead you were glad because your friends weren't in school, you were Eager to go meet them so you went there. You guys spoke for long, they brought  out cigarette you took some, it didn't kill you and you felt normal. You took more and more then you got high and couldn't go to school the second day.

Now you saw your results, your CGPA was 9ft below average, but you didn't care about it, all you cared about was going to club with your friends. You were both sad and happy at the same time, your friends were buying new stuffs but you couldn't afford it, you got sidelined. This was painful, and made you not to sleep all night. Thinking about how to make money, buy cars like your friends and date girls, you became desperate that you couldn't take it no more, you swallowed your pride and asked for help from the same friend's that left you hanging.

Few months later you joined the car owners gang, you started sleeping with girls, you made more and more money, you became lucky and got richer clients.
Yes client! you became a Yahoo guy and you used diligently the charm the herbalist gave you, now your friends who introduced you became jealous and stopped taking to each other hence, you started doing stuffs alone.

Now you made more money and bought new car, everyone liked you most especially girls who want to benefit from your wealth. You became so popular that your lecturers began to respect you, everything was great.

Now you are in your final year, your results changed direction, your CGPA gained little value because you paid your lecturers off and they gave you marks in return. Everything was going well Until one day, things went south, you became broke and your clients were no longer paying, EFCC caught up with you and you used all your savings to bail yourself, you sold your car, your chains  and your other phones, but was still confident that you will bounce back, you started collecting stuffs on credit  hoping you will soon return to the good old days but unfortunately nothing came, you became a debtor and hid yourself from people you owe, you can no longer maintain your girlfriends so they left, you couldn't pay lecturers so your CGPA dropped, now you got more furious and went back to the herbalist. He gave you a confirmation that you can no longer get such amount of money you made  until 40 years of age and at that point you were just in your early 20s you couldn't hold it anymore and opted for other options. Blood money!.

You did the undoable and was successful in your evil doings. Things got back to normal and you became richer than you were, your bought bigger cars, paid your debts, lecturers, got new girls and everyone envied you.

Few months latter, you graduated but you were not happy, everyday you remember what the herbalist told about limitation that propelled your money. You remembered he told you that you have few years to I live. You became depressed and began to hear noises, you felt uncomfortable like your flesh was leaving your body, to cries of the lady you used for ritual played in your head and you almost ran mad. Your new friends left you and became lonely, you have a lot of money but zero happiness. You were disappointed and remembered when you came Into School, you remembered your plans and was disappointed, you envied your colleagues who remained at the front sit, but you couldn't flip back the coin. You planned for an head, but  got a tail and can not reverse the time.