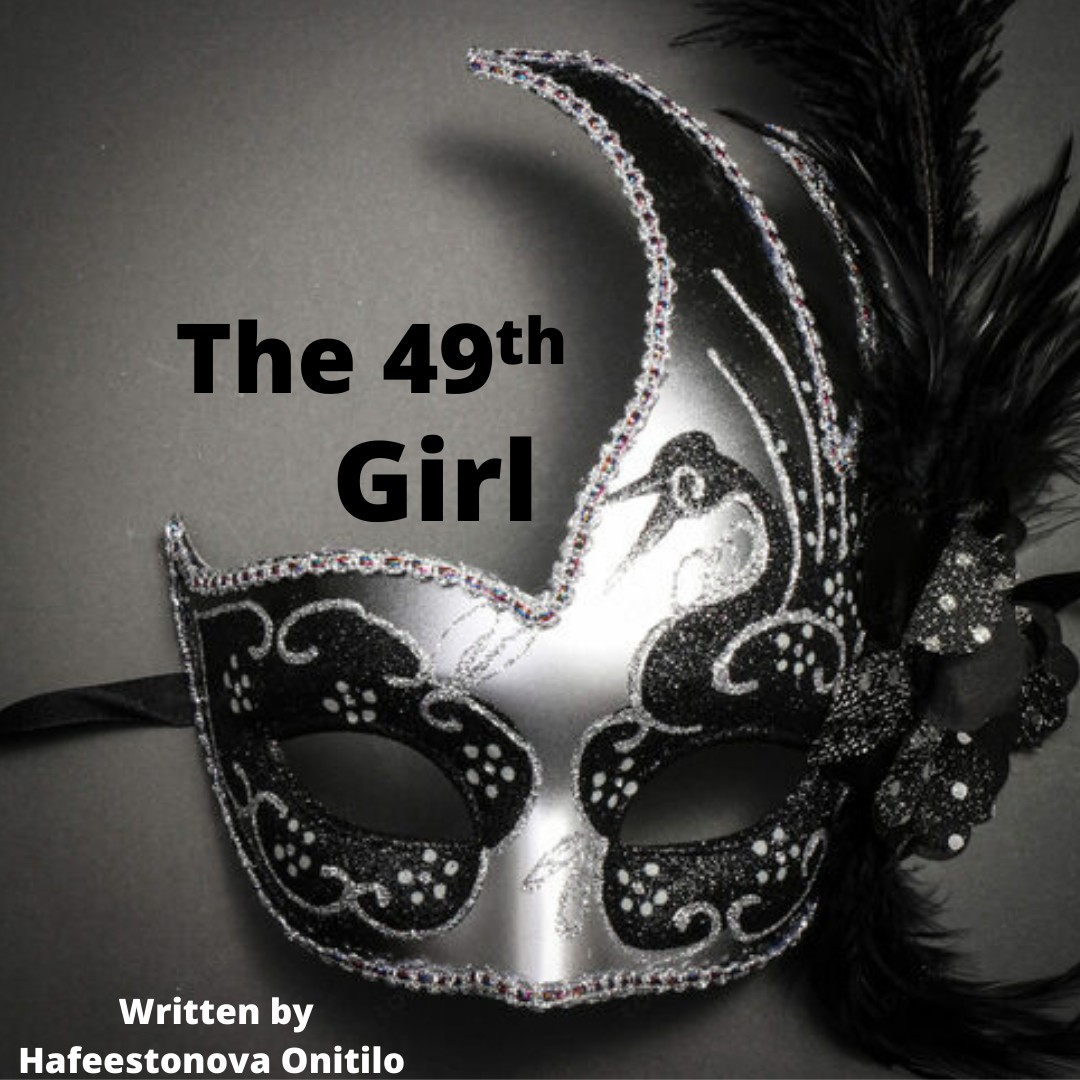 There was Wale standing over the 49th girl and he couldn’t believe his eyes, for someone that had seen a lot of naked bodies in the last 4 hours, he had no doubt that the 49th girl is definitely the girl with the most beautiful naked body he has seeing in the party.

Just as he was amazed at her captivating nakedness, he also realised that for all the years he and Yemisi were together, he has never seen her total n*kedness. Whenever they have s*x, one piece of cloth is always on her and in the case where they are having s*x at night, where she is completely n*ked, the light is always off and once they're done, she uses the bedspread to wrap her body.

He remembered a time they just finished having s*x, and she had to go to the bathroom to clean up, coincidentally he had to pee real bad, so he barge into the bathroom without a knock and he couldn’t believe her reaction. She screamed at him quickly grabbing the towel to cover her body.

Wale just stood there confused as to why she reacted like that, at first he thought maybe it was because he had barged into the bathroom without knocking and she thought it was Tosin. But of course, it can’t be Tosin, Tosin wasn't home. So he asked her why she screamed and covered her body that quick.

“Why won’t I?” she said before she quickly added, “you are not allowed to see my nakedness?”

Wale couldn’t understand the second part of her answer, in his mind he was like, “we literally just finishing having s*x, how is seeing your nakedness a crime?” but what came out of his mouth as a response was “but I’m your boyfriend if I can’t see your n*kedness, then who will?” the answer she gave sounded so funny to Wale that he didn’t make a big deal out of it, he just walked out of the bathroom saying “when you are done, let me know”.

So as he was standing over Yemisi at that moment, his thought was “are all the people in this party your husband or is that not the only person allowed to see your n*kedness anymore?”.

Yemisi's head was bent down, that her view of the room was an upside-down view but as the anchor read out Yemisi’s fantasies and signalled to Wale to begin, Yemisi raised her head up to look at the man that was going to put her in seventy positions in seven minutes.

She was almost entering her own skin when she raised her head up and she saw Wale staring down at her. At first, she thought it was one of those nightmares that she has been having, where she would be having s*x with her future husband and suddenly the future husband's face will just change to Wale's face and she would wake up screaming. But as their eyes became four, she opened her mouth to scream but no sound came out as Wale used one hand to cover her mouth and the other hand to choke her throat.

The anchor said “oh mine, seems like we got ourselves a violent f*cker” and there was a small cheer and laughter in the room. Some of the other ladies in the room were gushing over Wale’s act, some were cheering him to keep going.

The expression on Yemisi’s face went from shock to fear as she has never seen Wale like this. Wale is one of those gentle guys when it comes to s*x, the ones that don’t like taking charge and would always listen to orders when given.

Every time they had s*x, Wale was always gentle with her, she remembered one day, Wale wanted them to change from missionary to d*ggy and he had to beg her to explain why they should change to d*ggy and just when she agreed to change position, and he mistakenly inserts his d*ck into her a**hole instead of her p*ssy, she screamed, he just stopped the whole s*x for that day even though she said she was good to continue, Wale was so scared that he didn’t have the mind to carry on and he literally kept apologizing the entire day.