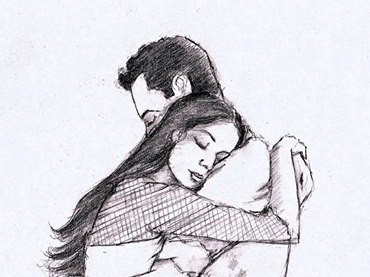 Have you ever seen
a married woman,
taking it up with her husband?
Try helping her bad
and see how lovely and precious
her husband is.
That's the magic called marriage.

Have you not seen a whore,
Who become a better wife
than that Virgin sister,
whose holiness is higher than the star.
That's the magic called marriage.

Haven't you seen
the most powerful man,
Being so weak and respectful,
towards his wife and home.
Or the weakling's wife being his punching bag.
Still she will be the one to beg.
That's magic called marriage.

Marriage is never a bed of rose,
It has its up and downs.
Have you ever been in same room and same house,
with same person for ten or more years.
That feelings you got waking up to see same face.
That's why marriage was never meant for boys,
It's for the real men and matured mind.

Dear husband,
Can you still remember your promise,
Can you still love me without end,
Without the best version of me.
when my face grows old,
When that nipples stop pointing at you,
When that big and bouncing hip wither.
That's why this magic is not for boys or girls,
But for matured mind, able men and women.

Don't give up yet
Don't be tired.
Marriage is meant to be renewed,
Renew it every day, every minutes and every seconds.
The magic is not getting married but staying married.

Love, fight, shout at each other,
but most of all never you stop believing each other.
Share love, tears, pain and blem.,
but never give room for separation.
That magic called marriage is always a mystery ,
It is not easy and never will it be easy.