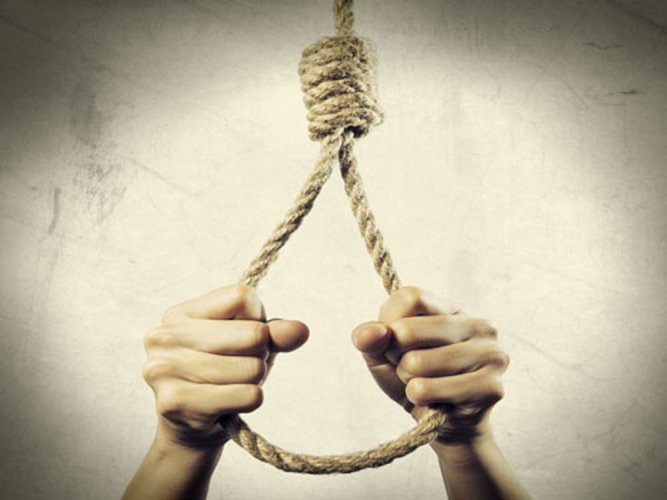 Listen and read through my encephalon the definition of depression and choose maybe suicide  is an option.

That stupid stinking foe that runs helter skelter in the succulent vein of human.
Which slow down the rate of the heartbeat from the flow of blood to the brain and control the organ of thought from seeing the goods in stock for future.

That which pumps sadness as the red blood cell and also regurgitate past mistakes as white blood corpuscles to clothe the skin by adding to the cut spot of sadness.

That which control the five senses of organs of  man and jail him against performing its daily functions.

It make the nose smell the delicious delicacy deep down in the second world and makes the mouth to be fed with smell of suicide.

It makes the ears listen sonorously to the sound that is beautifully  blown by the trumpet of death and awaken the spirit to be ready to dance to the lyrics of depression by committing suicide.

It makes the skin to stop releasing the toxic in the body and disallow fragrance flowing freely in the atmosphere to sink deep into the belly of the skin.

It makes ones tongue  taste the sweet aroma of the melody of death.

Depression turns friend to a scary ghost that eye can not see, his words becomes  electrocuted and charges ones brain to committing suicide.

Depression ravels the word of God into a  dying pills, if one takes it, it makes one get close to slip of suicide.
Stop calling to death with the stick of suicide, rather burn the   stick and cast it into oblivion.
I am not telling you suicide is not option but remember suicide is not a friend one can enter business with, you will loose in this world and loose in the hereafter.

My name is Ariyo Ahmad from owode yewa,Ogun state , born in the year Dec 9,1996. A male by gender and a native of Abeokuta, Ogun state.