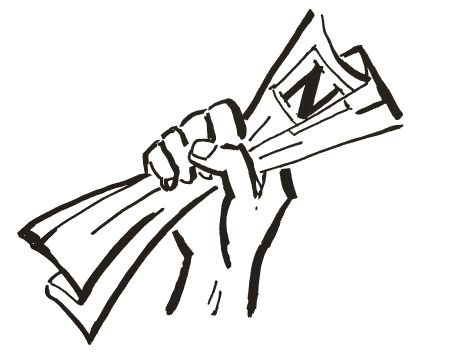 IS EDUCATION ACTUALLY A RIGHT IN NIGERIA

The debate whether education is a right or a privilege is dying with much speed to say the least, you hardly see anyone come out to yarn about how education is a privilege as against the popular belief that it is a right. How did it start at first? Because it's even factual, as there is a provided article for it in the United Nations Universal Declaration of Human Rights. Article 26 of the declaration states:
(1) Everyone has the right to education. Education shall be free, at least in the elementary and fundamental stages. Elementary education shall be compulsory. Technical and professional education shall be made generally available and higher education shall be equally accessible to all on the basis of merit.
(2) Education shall be directed to the full development of the human personality and to the strengthening of respect for human rights and fundamental freedoms. It shall promote understanding, tolerance and friendship among all nations, racial or religious groups, and shall further the activities of the United Nations for the maintenance of peace.
(3) Parents have a prior right to choose the kind of education that shall be given to their children.
This is clear enough. This is how it should be, but is this how it is?
Fine, it's actually true that most countries do not meet this standards. In fact, only about six (6) countries in the world run free education in the tertiary level. United States of America is among the top five countries in the world that charge the highest fees in public colleges, only in elementary stage is public education free in USA. Considering the economy system and statistics that have shown how some Americans find it difficult to bag a degree due to high costs, you can conclude that education is not affordable there. If education isn't affordable, is it still a right? Well, may be to some extent but at least they are not far from the human rights declaration.
What other countries know about the situation of education in Nigeria is what they see, what they see is statistics. The statistics are terrible enough but ask an average Nigerian that has passed through or is in the system, you will wow at the level of rottenness in the country's education system. If the statistics are terrible, what will an indepth analysis look like? Sigh.
We currently have the largest number of out-of-school youths. We have the 7th largest population in the world of more than one hundred and ninety (190) million people, United States is the third with a population of more than three hundred and twenty five (325) million people. United States has over 2000 colleges while we don't have up to 500 tertiary institutions. The thing here is the govt doesn't see this as a paramount issue as just 7 percent was allocated to the education sector in ths year's budget. Other countries are working towards making education in all stages affordable and meeting the UNESCO standard, Nigeria is working towards making the privilege one-sided. With the recent trend about increase in school fees of public universities, we can start picturing a scene where the poor won't be able to attend public universities in the country.
An average Nigerian is being forced to think he is privileged  to be a secondary school graduate. To pass examination is even a privilege, for example: to pass WAEC (West Africa Examination Council), you have to have a parent who can afford to pay for private schools' centres  where examination malpractice is staggering. The unexplainable rate of failures in public schools is untackled, which makes some students abandon their dreams after much tries. The fee to register for the examinations in private schools is more than the country's minimum wage. Is that close to being a right?
They've been investigative reports about the ingrained corruption in universities, the most recent one i have read is how the management of Obafemi Awolowo University, a foremost school in the country mismanaged the needs assessment fund provided by govt. Things like this don't get attended to by the govt. To pass examinations nowadays does not depend on how intelligent or prepared you are, you have to be privileged to have lecturers who want to have sex with you to pass an exam you didn't fail in the first place.
We are a developing country. I don't expect the same number of tertiary institutions as it is in the United States neither do I expect zero tuition fee in our institutions just like Germany. We have the resources to achieve these standards, a kindly reminder that students in our public institutions once enjoyed free meals.
The main reason for this article is to make known that the state of education in Nigeria is far worst than what the statistics show and our energy should be channeled into fixing the education sector instead of jumping a lot of hurdles to talking about free tertiary education. There are lots of problems listed in this article, a country that has these problems should be aiming to fix its education sector not allocating seven (7) percent of its budget to the department.
As much as all Nigerians want education to be free in all stages, it should be done systematically. Realistically, we can't achieve that with our current system. It takes a lot of changes from the the top to the bottom. Germany personal income tax is almost up to fifty (50) percent, tho Germany's minimum wage is not fifty (50) dollars. Over half of Nigerians don't even pay income tax, what does that portray?
Putting into consideration how the management of universities that should know better treat students, you will think we should still be debating if freedom of speech is actually a right or a privilege.
Peter Oyebanji is a campus journalist at Obafemi Awolowo University and can be reached through Gmail: adewuyipeter50@gmail.com    Twitter: @anderpeter2