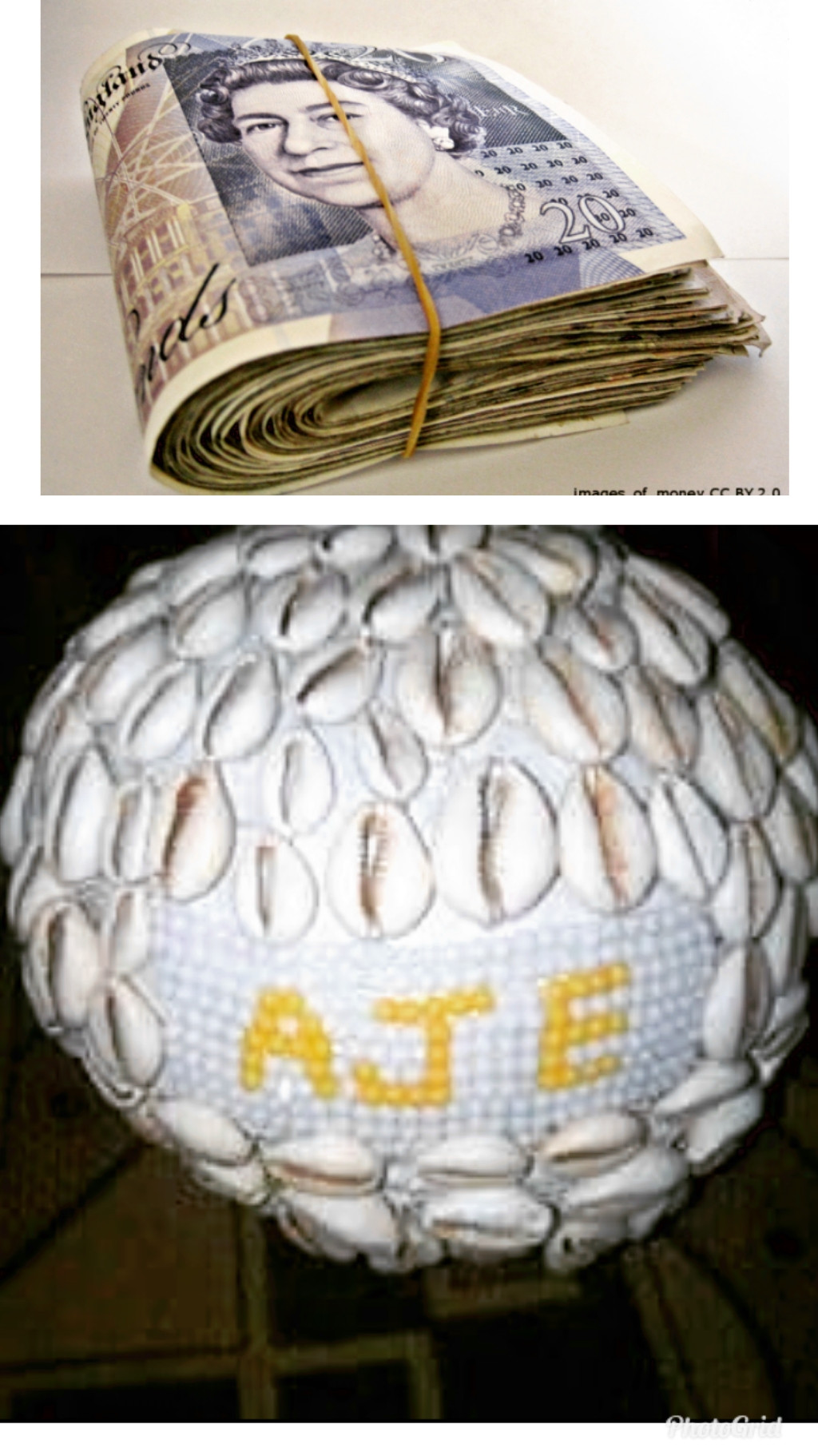 I repelled upward from my bed like a repellent force between like charges in an electric field, feeling weak, hungry and tired.
It was just a dream!
What a dream, thank God it's just a dream, I could feel the sweat, urine and tears, it came out real. 'Chai! Which kind dream be this?', I asked myself rhetorically loud .
'Ha! Thank God, it was just a dream'
'I'm no longer interested in  becoming rich again, let me remain like this, as far as there is life, there's still hope, it's better like this, than losing my life because of wealth...' I was still in my thoughts and cleaning up when someone knocked on my door,
'Who is that o?' I asked irritatingly,
'Boda Mayowa, its me o, Iya Alamala, you go buy Amala today?', she asked,
'Yes o, give me four wraps', I replied as I stood up to meet her outside with a wide grin on my face, its dark already, thank God food has come, incase you don't know, I like food,
'But I don't have money on me now o, later if you are coming back, stop by, and I'll give you your money, plus yesterday own, three wraps, making it two fifty', I said convincingly with joy in my heart,
'Yes no problem, thank you' she said as she handed my Amala to me. 'She's still telling me thank you, on my debts', I thought as I walked back to my room.
After i finished my clean up, I devoured the four wraps with a constant speed of forty kilometers per hour, without retarding.
Thank God, I didn't do money ritual, and I won't.
'Ha! Egbon Mayor, thank God it was just a dream o' Joseph, the boy who had been listening to me commented,
'Yeah, thank God' I replied,
'Had it  been it was real, you for don kpeme..'
'Na u go kpeme' I replied as I hit him playfully, and we laughed out, we paused for a while, looked at each other and rolled into another round of unending laughter.
.
THE END

# Morals:
No matter the situation, no matter how poor, as far as you can still feed yourself, wear good cloths, pay rent, Blood money is not an option.
To hustle is good, but not the type of the hustle  I did in my dreams.
This story led to a fore hand write up of mine titled "Fullness Of Time", if it isn't your time, nothing will happen.... Untill the Fullness of Time.
You just have to be patient, if all this sorts don't happen, what do you tell your children and others as history in future.
NOTE: Devil gives nothing for free.
.
KING MARVEY
©MAYOR DE WRITER, 2019.