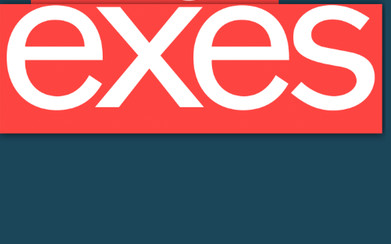 After seen what he had seen he knew she wasn't the girl he was going to settle down with, so all those thought he had some few hours ago about proposing to her, hoping she would leave her past in the past went straight out of the window.

Nkechi was very shocked when she saw him she didn't know what to say, she picked up the bedspread and cover her naked body with it. Her biggest bewilderment came when she saw and heard the reacting of Seun towards Lekan and that was how she too lost it. Seun was shock to find out that Lekan is Nkechi boyfriend the same Lekan that is Mercy ex, she turned to Nkechi told her that the guy standing across them is the same guy she was telling her about few hours ago.

Lekan catching Nkechi in bed with another girl wasn't what really shocked him but what did was the fact that the girl his girlfriend was having sex with is the same girl he would have had sex with if what happened in Ibadan didn't happen. After the initial shock statement of what in God name is this all three of them were quiet as they kept on staring at each other since words were finding it hard to come out. Finally Seun was the one who broke the silence as she asked Nkechi if the person standing in front of them was truly her boyfriend and with Nkechi answer been positive Seun decided to spill the beans concerning what went down in Ibadan and that was how Lekan was exposed. Lekan too spilled the beans on how he came home the other time only to find her having phone sex with a girl and that was the reason he gave for his actions at Ibadan. Once again Seun was the one on the apology end as she apologise to Nkechi for flirting with her boyfriend saying she wouldn’t have if she had known better. Lekan didn't give Nkechi the chance to speak or probably explain herself because after he had revealed what he saw the other day he came home, he left her house without saying any word although Nkechi tried getting his attention saying they should sort things out before leaving but it was obvious that Lekan had already sorted things out in his mind as he left the house without looking back.

Mercy had thought about her life and the direction she had wanted it to go and she knew it wouldn’t be the same direction Seun was thinking and with that her thought became more of how to break up with her than how hurt she would be when she does. Seun returned back from Lagos on Tuesday just like she had said she would just that she was early and that was why Mercy was surprise to see her at the store.  After exchanging pleasantries, Seun sounding so happy to be back and all that, Mercy had a very long conversation with Seun and the conversation ended up with Seun smiling out of the store which was not expected at all.

Seun took the break up from Mercy very well because she knew that things between Nkechi and Lekan were not going to work out and what perfect time was it for her to win her love back if not now. She thanked Mercy for giving her the chance of at least dating her even though she wasn't a lesbian and also wished her all the best in life before she finally left the store. They remained friends, kept in touch via phone calls and through chatting but they never saw each other again after that day Seun left the store. After a month that Seun came back from Lagos she took another trip to Lagos but this time she was going to see her girlfriend, winning Nkechi back was easier than she thought and just like they had planned it once they started living together just that it was Seun that move into Nkechi house and not the other way round.

As for Lekan and Mercy it was a case of the devil you know is better than the angel you don't know, Lekan realised the mistake he did with Mercy and decided to try his luck to see if this time they could work things out. Mercy too had secretly wished that Lekan would come back because after seen him that day with Seun she hasn’t been able to stop thinking about the good times they had together and how far they would have gone with their relationship if she hadn’t reacted the way she did the day she caught him having phone sex. To her when Lekan came back begging she saw it as her wish been granted and she didn't waste any time to say yes again but this time was really different because Lekan had learn his lesson and was more serious with her and to prove it he proposed to her just two months after they got back together and like they say the rest na history.