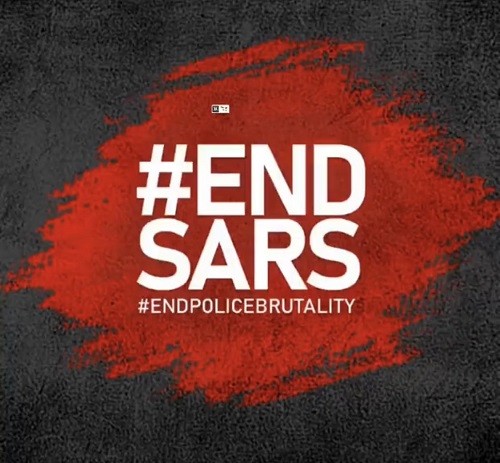 I will kick off this by saying how proud I’m that amidst all the crazy event that has happened in 2020, we Nigerian youths were still able to find the energy to finally stand up and fight for our lives and our rights, I’m so proud of everyone that stood in support of #EndSARS, we deserve some accolades.

That said, I feel the need to Soro Soke and say this bitter truth many won’t want to hear.

I feel we have gotten to that point that we need to put a pause to the “street” protest and open up a line of communication with the government to implement our needs. And yes before you say we have made our demands clear, what I mean is that the government can’t engage all the voices on the streets, the voices on the street have gotten their attention and they have open the door for communication and implementation, now what we need are those that will monitor that process.

Just like Dr Dipo Awojide (@ogbenidipo) tweeted “……the government cannot dialogue with 50,000…….” in this same tweet, he said “……we need a team to talk with them. You have gotten their attention, now what next?”

We need a team that will now sit down and dialogue with the government on our behalf, because it’s clear that for the first time in my entire life, we Nigerian youths have finally gotten the attention of the government so we need to seize that opportunity and make sure ALL our demands are met, not halfway but FULLY met. And this brings me to my next and most important point, who should be in the team?

Just like Dr Dipo Awojide (@ogbenidipo), I am sure everyone reading this right now can easily name at least five people that they want on the team but what will be difficult is for us to agree with everyone’s list. Which is why I’m not too bothered about the list Dr Dipo Awojide put out, as he said, it was just his list base on everything that has happened so far.

But my problem with his list is the exclusion of Segalink and Ruggedman, if I was to make my list; these are the first two that I would include in my list. And the reason is simple, since mid-2018 when I started following Segalink on twitter, nobody has done more to fight police brutality in Nigeria, the whole #EndSARS movement was his idea and he single-handedly (correct me if I’m wrong) started the push for the police reform bill. This is why I fault Dr Dipo Awojide (@ogbenidipo) because I feel he should know better.

What breaks my heart today is to see that some of us have now turned our back against this man and that makes me believe that a lot of us don’t even comprehend the magnitude of what he has done and he is still doing. Segalink had created a platform where many of these dialogues that we need have been put in place, yes we the youth have finally gotten the government's attention and it’s time to throw our weight behind Segalink and let's support the good work he has started instead we are discrediting him and making him look like he is against us.

Yes maybe some of his tweets don’t go well with us during this time, I’m sure many of us didn’t even read his tweet well enough to understand what he was saying rather the moment we saw “………..dissociates itself from the #EndSARS Protest and its funding initiative……..” even me I no go lie, when I first read am, I was like 'who hijacked Sega's handle?' but then I went back to read well and I understood his point which is what many of us don’t seem to get.

This has gone longer than I intended so let me stop with these final words. In my own opinion any committee set up to represent us should include but not limited to the following people, Segalink, Ruggedman, Aisha Yesufu, Banky W, Falz.

We need to put a pause to the “street” protest, let now have proper communication with the government so that implementation can start as soon as possible.

We also need to understand that some of our demands won’t be met immediately so we need to exercise some patience while they work on getting us to what we want. We can always head back to the streets if we are not seeing a positive result

Lastly, the team/committee SHOULD and MUST be transparent with their dealings with the government, all communication and steps being taken by the government to implement our demand should be properly communicated to us, there should be nothing like “THEY ARE WORKING ON IT”, we want to know what and what is being done exactly and what time frame are they working with.