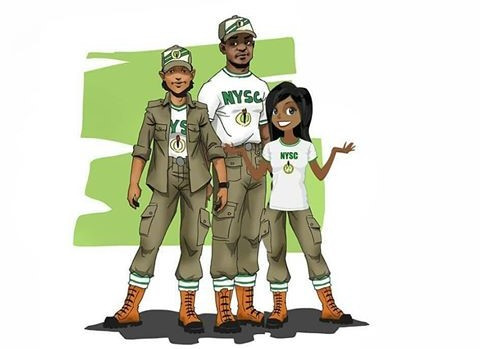 Don't get depressed. Everyone bothers on this question of "What Next?" after the NYSC year. It's a time for reality. Remember that you were told before the NYSC year that NYSC isn't a piece of cake you just pick up and you get filled up with all your expectations, neither is it a gold-ridden, opportunity-filled  or money-saving adventure that it has been premeditated to be. You should also recall how much you had a fantasia mirage on how you would save all the money and engage other hustle to keep the hungry worms in your belly silent. You dreamt of how you would get job based on the fact that you are hardworking and a lobbyist, which would eventually get you retained. I hope you are not a lady and nobody slept with you before he finally told you what the Head Office said about retaining corpers and how they would not be able to squeeze you in at the moment. Even if he did, nothing spoil.  Now that you are done with NYSC. I hope you are now okay, especially if you couldn't get what you thought was promised. Good Morning, you just woke up.

I would share with you based on experience, the things you can do if you don't want to pile on the number of youths that are unemployed or underemployed or whatever name that status you don't like is called.

Think , think and think while you ask the question of "What do I want?" and "What can I do?". You will have to be sincere with the second question. You can't do everything and you don't want to make the mistake of going out there, looking for anything. That is the beginning of a frustrated lifestyle, especially if you finally got the job that you don't like and after the first month you cum and your eyes that was all up would be all down, then you would sit at your desk in the morning while you pray  that 5pm should be like the twinkle of an eye, so that you rush home and rest a bit before you realise that it is 6am again and get furious. At best, it's Friday and you would be so so happy until the joy becomes short-lived and you rant about how the weekend was fast and Monday came running. Dear, weekends don't have legs, your job is all that scares you. Don't get the wrong one.

Focus has its waiting time, but it is profitable thereof. Whatever you have considered as what you want, stay with it and make a decision to forge ahead no matter what, be it a job, business, skill learning or whatsoever. Sometimes, you want to freak out because much money isn't coming as you wished, remember that it is work and not blood money, so it would take some time. Don't expect everything to go boom at once, as it is a gradual process. Concentrate on your work, make good decisions, clean up all obstacles. Don't be messed us by lot's of unproductive schedules nor should you get worked up by many uncle's promises. You can come ask me how much "waste of time" that is. Most times it would move you from your plans and agendas till you finally waste lots of time on uncle's office or home visits and eventually find out later that they were only trying to get you busy and not that there is any plan for you. Though, sometimes it works for some guys. But those of use of which that lyrics apply , "if your papa no be Dangote or Adeleke", better double your hustle.

You are a learner, so learn

I know you believe that you are so smart. Yes I can give that to you, you are super smart. It is a good thing that you have such healthy self esteem, such a commendable mindset, the best that should be the case of any reasonable human being until you start to feel that you are the smartest of all that there is, there comes your huge problem. In this new era you got into, you would meet lots of people that are smarter than you. Some are already doing the things you thought only you figured out. That particular thing that you thought makes you special, you would meet countless people that do it daily and you would wonder why it has not turned them around, cos you thought it is a secrete formula, the top secrete pill you found in that book that teaches "what guarantees success". But don't freak out, learn from others' advice, be careful and learn to take what's profitable from an advice and ditch what's not. it's called "Eating the fish and throwing away the bone", and if it is all trash, be sure that it is not your Ego at work, then trash it.

We are quite aware that you have policies, principles or whatever it is that you have, it has been your bragging right all year long. But you see, it's time to review and edit. Don't be strict on irrelevant things just in the name of "That's me", "That's who I am", "I have principles","That's how I do my things". You are in a new life era of life fella! Don't be a machine, don't be robotic, You are not a simulation, so be a real human being and change your tactics and principles when you learn more. Go out if you have to, relate with people when you have to, don't tell us about your temperament that doesn't allow you fit in the society, it's your weakness, so overcome it rather than educate us that it is who you are. As much as people would respect you for who you are, your myopic way of handling your principle would limit the number of people who would come to terms with recommending or working with you. They say things like, "He won't do it", "She likes to do it", they finally make the decision for you, meanwhile you were drinking Garri since yesterday. What a shame!  It's a thin line between principle and arrogance, be sure you are at the right side of this.

It is super important that we tell ourselves these things. We know that God would provide that job and God wants to bless you with a job, but would you please enrich yourself with adequate level of practical skills and competence to get a good one or any one at all? It is insufficient that you die at worship places , sleep on the alter, bath with coconut water as instructed by your so called prophet of the most high, just because you want to get a job and conquer that non-existing spirit and your step-mother that has no business meddling with your job provision. Do you even merit a job? If you are placed with others, do you naturally stand a chance? Rather than being an hypocrite at the church, deceiving yourself because you need something, especially when it is not as if you honor God for real, you don't go to worship His majesty, but to ask for what you have read that He promised. Focus on standing a chance for a job by getting more professional skills. If you can't get a job on time or a good one, it is not the witches at work, it is a National Disaster in the country at the moment, as there are no sufficient good jobs out there to cater for every qualified person, not to talk of the unqualified bunch that struggle to get them. Don't waste much time, learn a skill, trade or anything "your hand findeth doing" and start making as much or as little as you can make. Some Lagos fellas that got the job even collect the salary and spend 80% of it on transport fare. Be Wise!

No Job? There is Skill

You can learn digital skills like Graphic Design, Animation Designs, Web Development, App Development, 3D Modelling, Embedded Systems(Engineers) and Etc. Be passionate about these skills, spend quality time on developing yourself and be hardworking. We know it is not easy and no one expects it to be, but it would get better , easier and greater in no time. Who says you can't try others such as Tailoring, Bag Making, Shoe Making, Catering even Barbing. You would be shocked that most of the guys on these skills make lots of money than some salary earners , especially the fresh graduates at the mercy of their employers. Some employers even treat employee as if they are doing them a favor. Well, we can't blame it on them since millions of people are gunning for the same low income job.
I didn't come here with mat , so I would end this here.

Post NYSC Frustration is real, But you don't have to be a partaker of such.